As a tech start-up founder, stories of the Canadian government paying almost 80 per cent of 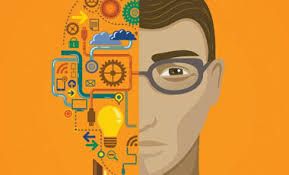 developers’ salaries, whether or not a start-up makes money or not, are more than enticing enough to warrant further research.

The question is, could tech start-ups have 80 per cent of their labour costs covered by Canadian government subsidies alone?

We need to look deeper at the complexities that a company has to navigate to access this type of unbelievable funding.

The main source of Canadian government support comes in the form of tax rebates from Scientific Research and Experimental Development program (SR&ED), which hands out about $4-billion annually to companies of all sizes in Canada. Given that SR&ED is one of the nation’s biggest sources of government cash for private sector innovation and research, you would think that most companies would be aware of this opportunity.  The fact is however, that many companies have never heard of SR&ED.

SR&ED funding, however, will not get a start-up anywhere near 80% funding.  The base federal rate for SR&ED refunds is 35 per cent.  In addition, nearly all the provinces and territories add some provincially based SR&ED funding. In Ontario, for example, there is an extra 10 per cent available.

Stories of 80% funding, may not be myths, however.  It is possible to pursue multiple subsidy programs simultaneously and this would represent a best case scenario of everything falling into line.

Getting harder to claim

In recent years it has gotten more difficult to secure SR&ED funding. It has been reported that in the last 18 months the Canada Revenue Agency has hired more technical advisers to help the agency assess whether claimed research is eligible and start-ups have seen more information requests than ever before to substantiate eligible expenditures.

Why the crack-down on SR&ED claims?

Reports of abuse and fraud were becoming too common, and the Canadian government wanted to ensure that the program was hitting its targets – to generate original research and make Canada a global leader in innovation.

The CRA’s focus on tightening up SR&ED rules and review process has had the effect of enhancing the standards that companies must adhere to when preparing their claims. Companies have had to become more diligent in tracking and documenting projects to optimize their SR&ED filings.

A number of consulting groups have stepped up to help with the complexities of nearly 20,000 claims per year in tech subsidies.  These include accounting firms as well as specialized boutique firms, like Enhanced Capital Recovery, who compete to take care of the increasingly difficult paperwork for start-ups as well as large, established companies such as BlackBerry Ltd., Bombardier Inc., and General Motors Co..

CEOs may question whether SR&ED is viable for their company, but it has allowed thousands of others to build a strong organization and many wouldn’t be here without these types of programs.

SR&ED is a popular funding tool for start-ups because it helps fund needed R&D and innovations as a company grows.  It shows us that the Canadian government has figured out that the first thing a company will spend its tax refund on is another developer or engineer to build the companies’ next success story.