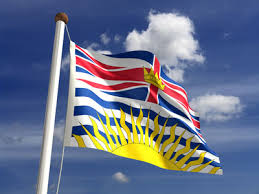 included continued support for BC’s innovation-driven companies.  Although the Federal version of SR&ED is a continuous offering, BC offers its own credit on top of the federal tax incentive.

As per the BC Government website, “qualifying corporations that are Canadian-controlled private corporations (CCPCs) may claim a refundable tax credit of 10% of the lesser of:

How significant is the BC SR&ED program

The amount of SR&ED returns for the BC SR&ED program show how significant the program is, especially to BC’s $3 billion tech industry.  SRED is one of the key things the government does to support the tech sector.  It supports R&D which is something most companies consider essential and at the same time struggle to find funding for.

The SRED tax credit allows companies to do research and development they may otherwise not be able to afford.  Through the SR&ED program, companies can claim an off-setting tax credit for expenditures related to wages, materials, machinery, equipment and some forms of overhead.

For Canadian controlled corporations in the start-up phase, SRED is critical to their survival. It allows start-ups to invest in research and development in order to stay competitive in the global marketplace and to have the opportunity to expand their product and service lines.

Enhanced Capital Recovery can help with all of the many possible research and development funding incentives in Canada, including the BC SR&ED program, and help your company improve its research capability and bottom line.

Contact us today to book a free consultation with one of our experienced consultants!