The Biggest Rise in CRA Reviews 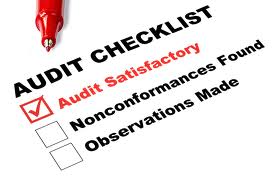 For the past 5 years the CRA has been increasingly reviewing Scientific Research & Experimental Development (SR&ED) submissions – but 2013 may have shown the biggest rise of all.  It’s important for your organization to get SRED advice as the federal tax incentive, known as SRED, doles out an impressive $4 billion annually and is the largest form of Federal support for industrial research and development, especially for innovative SMEs.

Our SRED consultants are hearing from companies who in the past have received their refunds without challenge and are now experiencing delays and even reductions in their claim amounts.

Why are these changes happening and what actions can your organization take to address this threat?

Why are more CRA reviews of SRED claims occurring?

The Government of Canada is attempting to make the SRED program more efficient and targeted.  It wants to see SRED dollars hitting the mission of the program – to advance Canada’s advancement of technology.

The CRA’s recent policy changes and increase in SRED staffing have been identified as the main reasons for the sharp increase in disputed SR&ED submissions. What this means practically is that more focus is being given to the claims process and there is an increasing need to understand and follow the purpose and intent of the program.

SRED advice for your organization about increasing SRED reviews

With increased scrutiny on SRED claims, it’s more important than ever to utilize the services of a professional SR&ED consulting services firm.  Experts who specialize in SR&ED claims have years of experience in identifying eligible costs, stay on top of changes in SRED policy and have a working knowledge of the CRA’s requirements and review process.

A great deal of company resources can be wasted by documenting projects that turn out to be in-eligible for SRED.  It makes sense to employ an expert to help you scope out new projects and determine what projects or parts of projects would be eligible.

Set up your organization for SRED documentation

Once you’ve identified whole or parts of projects that are SRED eligible, it is important to set up a documentation system at the outset of a project, not afterwards.  It’s also important to document the correct information.  The CRA is looking for documentation that proves a systematic exploration of a hypothesis and clearly shows the steps taken and the reasoning behind them.

It’s just as easy to over-document as it is to under-document your SRED projects and this can waste employee resources and undermine the sustainability of future SRED projects.

Some extra discipline and diligence are needed for time-tracking of employee contributions to the project as well as expenses related to the project.  These expenses are best proven when tracked at the time of the project and with proper set-up can be captured efficiently.

At Enhanced Capital Recovery we’re helping our clients avoid reviews by preparing SRED claims in precise accord with the CRA’s most up to date policies and procedures.  If reviews do occur, we’re there to support clients during a review.  We also help clients who prepare their own SRED claims by providing a third party review or helping to defend a claim.

If your SRED claim is under review or you want to capitalize on a claim either now or in the future, contact us to find out how we can help.  We’re happy to provide more information through a free consultation.