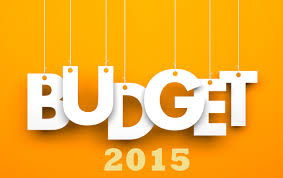 applied research and scientific collaboration with industry and there were no cuts to the SR&ED program as were seen in 2012.

According to the new budget 2015 research and development, including the SR&ED program will continue to receive funding and support technological development in a variety of industries, with notable boosts to a couple areas.

Manufacturing in particular received a boost in funding to support innovation:

University and Hospital research centres were also winners in the 2015 budget:

“The Canada Foundation for Innovation would receive Can$1.33 billion (US$1.09 billion) in new money for university and hospital research facilities, to be doled out over six years beginning in 2017. The budget also includes a modest 2% hike for the country’s research funding councils”

The budget pledges to invest more than $200 million per year in new and expanded programs starting in 2016, including projects in physics, space technology and astronomy.

Seen in total, Canada has actually lost competitive rank in world-wide R&D competitiveness.  According to the Organization for Economic Co-operation and Development (OECD), Canada is no longer a top ten research and development performer.

Of further concern, the OECD report shows a sharp decline in research and development intensity, which is defined as the percentage of gross domestic product spent on research.

How can Enhanced Capital Recovery help your company?

We can help you:

Contact Enhanced Capital Recovery today for a free consultation and find out if your company may be eligible for SR&ED or other tax credits in Canada.