In an important piece of SR&ED News, the CRA has posted 10 draft examples that illustrate key concepts in the 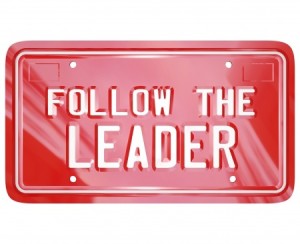 Here’s a summary of the SRED examples to help you pick out the most useful and applicable ones to your SRED claim.

The difference between technical problem and technological uncertainty – Example 1:

This example of a pump supplier shows how solving a technical problem is not eligible for SRED, but that solving technological uncertainty is.

The use of established technology in an uncertain situation – Example 2:

This agri-business example shows that technological uncertainties may arise from limitations in the use of current technology.  Although the technology used already existed, since there was no publicly available information on the use of it in this particular application, it qualified as SR&ED to apply the technology to a new situation.

How solving a problem to meet cost targets may qualify for SRED – Example 3:

Although meeting cost targets alone does not qualify for SRED, this example shows that technological uncertainty that arises from the need to avoid using a costly process, could qualify for SRED.

Using standard techniques in a new scenario where the outcome is fairly certain – Example 4:

This greenhouse grower example of SRED not applying shows that applying standard techniques to a new scenario where the results are reasonably expected, does not demonstrate scientific research and experimental development.

Using a glue producer, this example shows that testing a hypothesis from another scientific discovery and applying it to a manufacturing process is a form of SRED.

The difference between experimental development and trial and error testing – Example 6:

Using a pizza maker as an example, this example shows that by not demonstrating analysis of experimental results, the pizza maker only showed trial and error and not experimental development.  This did not qualify as SRED.

Showing the example where a company makes a carrot peeler with a glow-in-the-dark handle, which is a new product, but doesn’t challenge any technological uncertainty.  Whereas when the company redesigns the handle to improve ease of use and has to experiment with manufacturing processes using new plastics, it meets the criteria.

This example shows that a hockey stick maker experimented with a new manufacturing process and conducted testing on the first 500 units.  This work counted as SRED, but the subsequent 1500 sticks produced in the project did not.

The same type of work could be considered SRED or not SRED based on whether it is routine work or not. – Example 9

Enhanced Capital Recovery’s goal is to assist companies such as yours to truly understand what SR&ED is, what areas in your organization may be eligible under the program, and then assist you through the entire process.  Please call us at 1-800-470-0235, visit us online at www.enhancedcapitalrecovery.com  or email us at info@enhancedcapitalrecovery.com for a no obligation consultation today!